Today we gonna take a look at an android smartwatch that has few special features. And it might be the best smartwatch to buy in the market right now. This guy is the ticwatch pro. This guy has been out this year but this model is specifically is the 4g LTE version. That means you can run this with a sim card inside and can be run completely independent of your phone. Which is so nice especially if you’re using this to work out.  You don’t want to bring your phone around with you and it just operates as its standalone device. I am a huge fan of circular smartwatches maybe being an analog guy myself. I love the fact that it has a circular display, the squareness over on the apple watch is still something that doesn’t appeal to me. Something about the aesthetic I get that, it’s a screen but I do prefer having a circular device on my wrist. And that’s super personal preference but I think there are a ton of you out there. That will agree that the traditional watch look of having a circle kind of just looks better on the wrist.

On the back, we, unfortunately, do have a proprietary charger. Just make sure you don’t lose it, I would love to see this being upgraded to USB c in the future. You’ve also got the heart rate monitor on the back and fairly simple design. You have the black metal around the outsides you’ve got two hard buttons. That you can press one will activate the app or the menu drawer and the other one will bring up your activity tracker.

Inside it’s running snapdragon wear 2100 and it has been upgraded from the original ticwatch pro. Now, this has one gig of ram on the inside and I think that makes a huge difference. The second big feature which is usually my main criticism of not only apple watches but most smartwatches. I think having something on your wrist, the primary reason is to tell the time that’s why I’m wearing the watch. And usually, you can’t do that when it’s off that’s, of course, to save battery but the ticwatch has two displays.

The traditional OLED, the one that you interact with to get all your notifications, to swipe through the screen. But it also has always-on display and that’s LCD based super energy-efficient. And like the name implies it’s always on. So now when I’m glancing at my watch just like that I can always tell the time to see if I have notifications, see my step counter. And I think that’s such a huge feature and I wish every smartwatch had that feature. Because like I said the main reason why I’m wearing this guy is to tell the time.

Having that always-on display doesn’t hamper battery life it still gets you around to two and a half days worth. And that’s usually doubled and what you get over on the apple watch which is around a day maybe even a day and a half. Depending on how much you use the guy.

Something cool is if you actually shut off wear os and only have the LCD panel. You can get battery life for up to 30 days. Yeah, you can only tell the time but that could be useful for extended trips. Maybe when you just want to rock this as a regular watch. Because the number one thing that I still hate is the fact that you have to charge this every other day. Using wear os, it’s very fluid on the ticwatch. Swiping through menus, picking my work out, scrolling through emails. It’s the most fluid android smartwatch that I’ve used. And it makes such a big difference when this is the only device you’re using and you choose to leave your smartphone at home.

In day to day, usage not only tracks my steps but my caloric consumption and that’s just a rough estimate. I did take kinesiology in school so I know the range of how much calories you should be expending in a given workout. And this hit that ballpark most of the time, ip68 so of course, water and sweat resistance. I do sweat buckets especially when I’m saying working legs or I took this guy out on a couple of runs. It’s great like I said you can listen to music while you’re on the go. The fact that this now has 4g LTE makes it awesome. 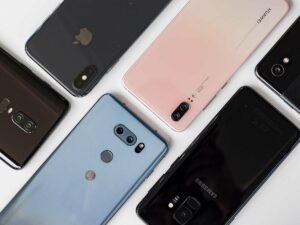 Top 10 Smartphones That Are Best for Their Value