When Apple released the iPhone 11 Pro max, it was successful because it delivered in areas that people seem to care about the most. With significantly improved battery life and a completely redesigned camera system. In fact, the iPhone competes with the Google pixel 4 for having the best camera on a smartphone. In response to this, Samsung looked at every aspect of last year’s S10 series and pretty much maxed out the specs in all areas of the newest S20s. The S20 plus is an impressive smartphone and is in line to be perhaps the best smartphone released this year.

In this article, we’ll be comparing all of the specs and features of these smart phone titals. Covering all of their differences and answering the ultimate question which of these phones is better.

So for the design, neither if these phones made any drastic changes from their predecessors and both still have glass front and rear panels with metal frames. The phones are pretty big and you can use comfortably with one hand but the S20 Plus is taller and narrower than the iPhone which has implications for both how it feels to use in the hand and also with how it displays your content.

It’s a little easier to reach across the screen on the galaxy but this may impact certain content like webpages, games, and video. Although, this narrow aspect ratio tends to better suit cinematic footage like certain movies.

Another difference in how it feels using these phones comes from the build quality and materials. The iPhone of course uses stainless steel versus the aluminium frame in the S20 plus and this does give the iPhone a more premium feel in the hand.

One thing that Apple have always done really well is create premium filling products and the combination of the higher weight and smooth steel frame does feel nicer in the hand than the galaxy. As the harder metal, it’ll also be more scratch resistant than the galaxy’s aluminium but if you drop either of these phones they’re pretty much equally likely to break.

I also prefer the softer matte texture on the iPhones rear glass, since the glossy back of the S20 plus can feel a bit oily and also attracts more fingerprints.

There’s a slight difference in water resistance. Despite the fact that both phones obtained an IP68 rating because the iPhone is rated to 4 meters for 30 minutes while the S20 plus is only rated to 1.5 meters.

Storage might be an important factor depending on your usage. In the case of the iPhone, a starting based storage of just 64GB is really poor and should at least be the 128GB that Samsung offers, especially, since you can’t expand this.

The one advantage is that there are more storage options available because in some regions such as here in the UK, you’re stuck with 128GB for the S20 plus. With the iPhone you can get all storage options in any color which is great but as much rather have expandable storage as an option. The ports are flanked by microphones and stereo speakers but you won’t find the headphone jack on either phone.

The corresponding front facing speaker is clear to see on the iPhone whereas the S20 plus manages to squeeze this into an impossibly thin top bezel.

In terms of the speaker quality though there’s really not much in it at all. The stereo separation is pretty even and both phones are fairly loud but let’s say the iPhone’s audio is slightly more bassy while the galaxy is slightly louder.

Both phones support Dolby Atmos but on the S20 plus you can also enable this for unsupported content which does make the volume louder than the iPhone but can diminish the audio quality. The iPhone simply enables it automatically through spatial audio for any Dolby Atmos supported content.

Clearly there’s an important reason why Apple have stuck with the knotch for so many years and that’s because if the technology packed inside it. The notch houses the necessary components for Face ID, the most sophisticated and I think best unlock system on a smartphone.

The S20 plus uses the ultrasonic fingerprint scanner, we saw last year. I personally quite like it. It’s positioned really well and when it works, it can be faster than face ID. But most importantly for me is that it takes me straight to the home screen whereas you still need to swipe up on the iPhone.

Just in case anybody didn’t know you can actually unlock the S20 plus with your face too but this doesn’t use a 3D image of your face, so isn’t a secure biometric method like on the iPhone. Aside from the notch and hole punch, the displays are also impacted by the bezels which are noticeably thinner with the S20 plus. Samsung have finally decided to ditch the problematic curved displays of previous years and now have a much flatter display closer to the iPhone. There’s still a slight curve to enable those thin side bezels, so they now seem to have found the perfect balance.

The S20 plus offers a 6.7 inch display versus the 6.5 inch display of the 11 pro max. But there are quite a few matching display specs with the phones. There’s the obvious fact that they’re both own OLED displays but they also offer the same contrast ratio, white color range, and 1200 nits of maximum brightness. They both offer HDR support too and content is visually stunning on either phone. I just think it’s a bit easier to enjoy on Samsung’s larger display with the higher screen to body ratio.

The S20 plus offers a higher 1440p resolution but there’s one important spec that really separates the phone from the 11 Pro Max and that’s the high refresh rate, the galaxy’s 120 Hertz refresh rate makes using the phone an absolute joy.

Final and perhaps most important point is that the typical display brightness is higher on the iPhone despite having the same max brightness specs what you’ll actually see in real world use is that the IFS display is brighter so it does offer improved viewing especially in bright conditions.

An important thing to mention about the S20 higher fresh rate is that this does take on the battery life. This is still worth the trade-off but I could often extend my screen on time by over an hour by turning it off. A still achieve better battery life on the 11 Pro max though, a phone known for its great battery life.

Using the phones at max brightness streaming 4k video, gaming, and using multiple apps to simulate an intense day of use both phones reach around 6 hours the screen on time before the galaxy eventually died. At this point the iPhone still had around 20% battery which translated to around an extra 2 hours of high-quality video streaming.

As for charging though, the iPhone really falls behind. The pro max can be fast charge at a maximum of 18 watts in around 2 hours but the S20+ half’s this with his 25 watt charger.

The wireless charging speed is faster on the galaxy too which is able to charge with more power. It also has the wireless power share feature letting you charge up at the devices by placing them on the back of the phone. You can actually charge up other devices here with more power than the iPhone can wirelessly charge which is pretty crazy. I want to quickly touch on an important but often overlooked aspect of these cameras and that’s their usability. There are important factors beyond just the specs on paper such as how it feels to use the camera, a significant part of the overall camera experience. The iPhone is perhaps the more user-friendly camera it has a more simple to use interface and no complicated menus to get lost in so it’s easier to master. But the S20+ has the more feature-packed camera app with added extras like the floating shutter button, more advanced shooting modes like pro mode and single take, and of course a full range of camera settings built into the app.

IOS now finally allows you to change up the shooting mode from within the camera app but you’re still much more limited than on the S20 plus.

I still don’t think the S20 plus is camera is as technically proficient as the iPhones camera overall but the gap has definitely been closed with the new improvements.

The 11 Pro max is still ahead with the video but the photo performance is now so close that it really comes down to your personal preference of the style of image produced. The S20 plus images look more processed as though they’ve been edited automatically and you may prefer this since this often produces more striking images straight out of the camera. The 11 pro Max is packing Apple’s A13 Bionic chip while the S20 plus uses either the snapdragon 865 or the Exynos 990. CPU benchmark tests were sure the iPhone comes out on top but this doesn’t tell the whole story. Samsung’s Exynos chip also give significantly poor performance than its snapdragon rival, so any performance gap is perhaps more exaggerated for my UK models of the phones. But either way you’re still coming up against the fastest processor in a smartphone running software that was designed specifically to work with it. Apple benefits from combining in-house custom chips with his own purpose-built OS and the pro max has the edge over the S20 plus for raw performance.

But specs on paper don’t always apply to every use case in the real world and you’ll actually find the S20 plus to be equally snappy and responsive and often more so thanks to the gorgeous 120 Hertz refresh rate. The S20 plus easily beats the iPhone RAM management though, despite the higher efficiency on iOS that means this spec gap isn’t as drastic as it appears on paper. The S20 plus was still able to better run multiple apps in the background and I found it especially useful to be able to pin apps to the RAM for quick launching too.

Ultimately the importance of the hardware really pales in comparison to the software and is the classic battle of iOS VS Android that’ll really separate the phones and likely be the most significant factor into your purchase decision. For me, there’s no outright winner.

iOS offers a very clean and refined interface installed as gestures better than Android. Then there are essential apps like notes, imessage, and Facetime which I love plus the integration with other products in the ecosystem is best-in-class. But you’re very much locked into this ecosystem. Whereas Android gives you complete freedom most simply by offering customization. You can change up every aspect of the phone, the icons, the fonts, and themes, and you can make your phone a very personal device. The iPhone lets you change the wallpaper at lockscreen and that’s basically it.

Samsung dex lets you use the S20 plus as a desktop computer and multitasking allows you to be more productive which is especially helpful on these huge displays.

Overall, I find it tough to personally choose between these phones. I prefer the camera and battery life on the iPhone. Apple have really nailed the basics and it’s probably the more practical choice of the two. But the S20 plus with this beautiful high refresh rate display just feels like a much more futuristic device. And I think is the more exciting smartphone. For me it’s too close to call but who do you think won this battle, let me know in the comments. Realme XT Pro vs Xiaomi Redmi K30 Pro: Which one is Beast? 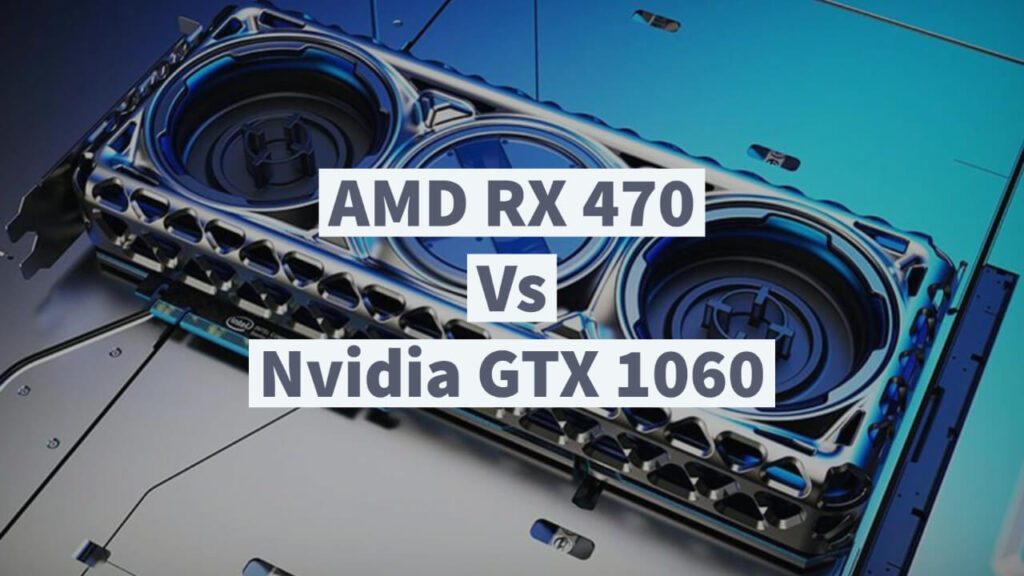