This is the comparison of HP Probook 450 G8 versus Probook 650 G8 laptops. These both laptops are especially for office works at a reasonable price range. Let’s see which ones give better performance and features under a decent price range.

Nowadays, the business laptops market has been booming with more and more people working from home and needing reliable devices with good security and decent performance. We are comparing the HP Probook 450 with the Probook 650 G8 which is hot off the oven and is ready to take over the market with its tiger lake internals and features. Let’s see get into the detailed review. 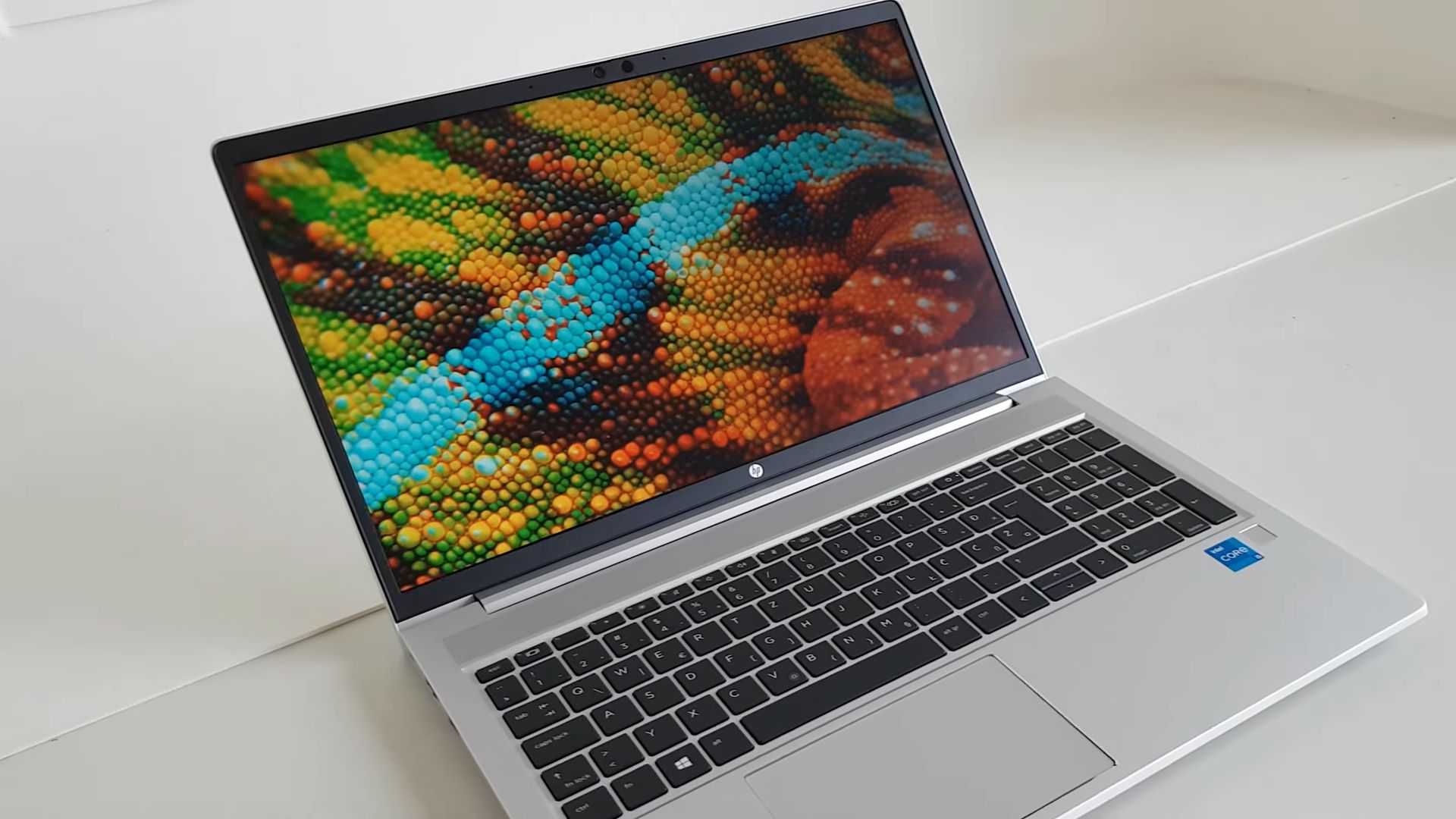 This is a 15.6 inches FHD laptop which has two years international limited warranty. It is only 1.7 kilograms and its dimension 359.4 by 233.9 by 19.9 millimeters. This 15.6 laptop is designed by silver cooler metallic chassis. It has a US layout-designed black cooler backlight keyboard with a number pad. The keys on the keyboard are soft enough and there is enough distance between each key which can give you a better typing experience. Like the previous generation, the power switch is housed on the keyboard but in a slightly different place. The power switch of the previous generation was in the corner of the keyboard but this is almost in the middle of the top of the keyboard, if you are going to do this first you may be wondering what to do with it.

The HP premium keyboard is water repellent and has a numeric keypad which makes this device ideal for anyone who frequently works with numbers. It has a US layout designed chicklet keyboard with a backlight. The keys are very soft and every case has enough distance between each key. It has a wide multitasking trackpad, also its sensitivity is pretty good. There is a fingerprint sensor on the bottom right side of the keyboard which you can ensure the security of your laptop. In addition, the laptop has Windows Hello face lock on the right side.

This Probook 650 G8 uses aluminum alloy for its body making for a premium feeling laptop that is cool to the touch. The build quality on the other hand is confusing with the body being twisty. The lid of the laptop opens easily with a single hand under which you’ll find the matte display with thin bezels surrounding it.

An anti-reflective 15.6 inch full HD display ensures good image representation. The screen to case ratio and screen to body ratio amounts to an impressive 87.5%, this means that the device makes optimal use of its size and enables you to keep track of all tasks.

With its 15.6-inch screen diagonal, the HP Probook 450 G8 enables you to keep an eye on all tasks while on the move and to be able to work with several windows at the same time. The edges of the screen have been made smaller than the previous model so that the screen is larger.

The HP Probook 650 G8 has a 15.6 inch full HD IPS panel with comfortable viewing angles, a good contrast ratio, and a non-flickering backlight. The negative thing about this display is the 51% sRGB color coverage in the color gamut which basically entails that it covers around half the colors on the internet. Its color accuracy isn’t great either with an average Delta-E value of 4.2 with gaming and web design profile.

This is an HP Probook 450 G8, the basic configuration of this laptop. This one has Intel core i5 1135G7 processor 8M cache 2.40 gigahertz and it’s up to 4.20 gigahertz, Lithography is 10 nm superfin and TDP 12 word and it’s up to 28 watts.
There are also 8 gigabytes of RAM, and the RAM speed is 3200 megahertz DDR4 RAM, 512 gigabytes NVMe PCIe SSD storage. There is also Nvidia Geforce MX450 with two gigabytes GDDR5 graphics card and factory-installed original Windows 10 Home operating system. This laptop has no HDD or HDD space so that you can’t add the hard drive.

This laptop features a battery of 3 cells 45-watt hours polymer battery, IR HD webcam, ethernet RJ45, Intel AX201 Wi-Fi 6 2×2, and Bluetooth 5.0 network and wireless connectivity. This laptop also has three USB Type-A, one USB Type-C, one HDMI port, one headphone port, and one microSD card reader. You get a Wi-Fi connection with incredible speed with this model. It offers data rates of up to 600 megabits and ensures stable connections in busy networks.

The 15.6 matte display is covered by thin bezels and an HD webcam with a privacy shutter. Some units will feature an IR face recognition sensor, especially I love this webcam. A micro SD card slot is available for expanding the memory or copying media. In addition, you get practical and reliable security features with this Probook. For example, a TPM 2.0 chip secures your data against unwanted access and an HP drive lock protects your hard drive against data theft with an additional password.

In terms of upgradeability, it is as good as it gets. Removing the bottom panel reveals two So-DIMM RAM slots that support up to 32 gigabytes of DDR4 RAM for expanding the memory and what is even better is that there are two M.2 PCIe x4 drives for future storage expansion.

This has a spill-resistant keyboard which can be so helpful for the more clumsy persons out there. In addition, the laptop has a privacy shutter for the camera which can come with IR face recognition.

The tiger lake 11th gen processors inside bring support for Wi-Fi 6. The I/O support is great in this laptop with having a security lock, a gigabit RJ45 ethernet connector, a USB Type-A 3.2 gen 1 port, and a smart card reader on the left side. On the other side, you can find the charging plug, a USB Type-C 3.2 gen 2 port, two USB Type-A 3.2 gen 1 port, an audio jack, and a micro SD card reader. The HP Probook 450 G8 is a compact secure business notebook from the HP Probook series. Thanks to the fast 512 gigabytes SSD storage. The 11th generation Intel core i5 processor and 8 gigabytes RAM offer sufficient performance for everyday office work.

This HP Probook 450 G8 is powered by a modern Intel Core i5. This comprises four cores and achieves maximum clock frequencies of up to 4.2 gigahertz. In combination with the expandable eight gigabytes RAM and the fast 512 gigabytes SSD storage, the notebook helps with simple business tasks with ease. In addition, the security functions of this 15.6-inch notebook meet the strictest business requirements. HP sure sense protects you against malware unknown attacks and all viruses.

I did some benchmarks for this laptop. This 15.6 inches laptop uses an HP 87e1 motherboard. The chipset of this motherboard ID9a14. For the single-thread CPU score 136.0 and for the multi-thread score 783.3. By the crystal disk input, we found it has a Samsung 512 GB NVMe SSD storage and its temperature is 45 degrees celsius. crystal result in sequential Q81 ready speed 2114.08 and write speed 1285.33. Geekbench 5 CPU benchmark for the single quad score is around 460 scores and multi-core score 1445 scores. Compute benchmark with Nvidia Geforce MX450 OpenCL score is around 204305 and for the Intel Iris Xe graphics card OpenCL score is around 1870.

It has a 3 cell 45-watt hour battery inside this laptop which gives a petty good battery life. It gives around 9.5 hours of battery life on continuous web browsing and 8 hours of video playback test.

Battery life is both on the positive and negative side. What I mean that in our tests the unit managed to last through 10 hours of web browsing which is a great score but the video playback portion of the test where the device only lasted through around 7 hours. This is not that much worse, it’s pretty good battery life.

Both these laptops are good for casual and office works. In my opinion, HP Probook 650 G8 will be better as it has vPro in Wi-Fi connection and features ethernet. Also, it performs a little better than Probook 450 G8. Other than that, nothing is so different between these laptops. So, if you don’t prioritize these things then you can also buy the Probook 450 G8.